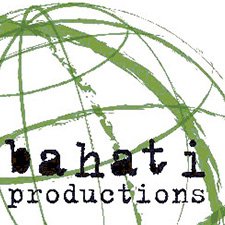 Cinematographer Bob Poole grew up in East Africa where his father was the Director of the Peace Corp and later the Director of the African Wildlife Foundation. It was through his parents that Bob gained a life-long appreciation of the natural world and developed an adventurous spirit. The family spent countless days camping in the African bush amidst the abundant wildlife that flourished throughout Kenya, Tanzania & Uganda in the 60s and 70s. An avid still photographer, Bob become intrigued with cinematography after assisting with a National Geographic film while a teenager in Kenya. Later, attending college in Bozeman, Montana, Bob had the opportunity to become a proficient whitewater kayaker, mountain climber and alpine skier. During the summers he worked for the National Park Service in the backcountry of Yellowstone. After graduating with a degree in science Bob desired to return to his interest in photography and pursue a career in filmmaking. Through a series of fortunate circumstances, he was able to work with renowned filmmaker, Wolfgang Bayer and later traveled the world assisting acclaimed National Geographic cinematographer Norris Brock. Bob became a specialist in aerial cinematography having designed and created various aerial mounts for fixed wing aircraft and helicopters. Coming of Age with Elephants a documentary for National Geographic Television about his sister, Dr. Joyce Poole, the renowned elephant researcher, was Bobs first film as a Director of Photography. That film led to an extensive credit list with National Geographic, Discovery and PBS. For the past 14 years Bob has traveled the world as a Director of Photography documenting science, nature and adventure films.Today his work is shot primarily in High Definition video on his Sony F900. He spent a year on the road for A Year On Earth with the Bahati Productions team of John Heminway and Katie Carpenter, filming endangered wildlife and habitats, low-flying aerials and high-impact scenes in high-def in Botswana, Kenya, Brazil, Costa Rica, Bahamas, Thailand, Sri Lanka, Malaysia and North America.