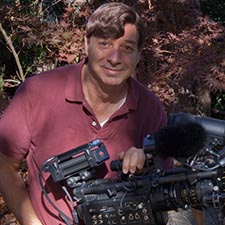 Bob Glusic owner of Wilderness Video has been filming national parks and nature footage for 35 years. He produced his first national park video in the early 1980's on Yosemite park and ever since the National Parks have been selling our videos. Glusic has a degree in Physics and spent 10 years as an optics engineer at Hughes Aircraft Co. befor venturing off filming part-time on weekends to produce his first video. Now a fulltime videographer he specializes in nature high definition stock and 5K, timelapse, city skylines, aerials and steadicam work. Wilderness Video has 5 high definition programs to date, Hawaii and Visions of Nature, Yosemite, Glacier Park and Yellowstone with other national parks to follow.