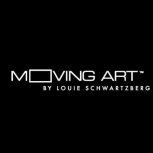 I've spent my life capturing beautiful images. And whether in wilderness or in the downtown of a giant city, I find connections, universal rhythms, patterns and beauty that I recognize as a part of me, a part of all of us that celebrates life. It's my great pleasure to share with you that energy which inspires me; this great visual beauty of our world.- Louis Schwartzberg.Louis Schwartzberg is an Award winning cinematographer, director, and producer whose notable career spans feature films (including Americas Heart & Soul, released theatrically by Disney and now available on DVD) television shows, commercials and documentaries. Louis has won two Clio Awards for TV advertising including best environmental broadcast spot, an Emmy nomination for best cinematography, and has been awarded the Heartland Film Festival's Truly Moving Picture Award for the Disney feature film Americas Heart & Soul.Louis is a member of the Directors Guild of America and the Academy of Motion Pictures Arts and Sciences and an alumnus of UCLA.