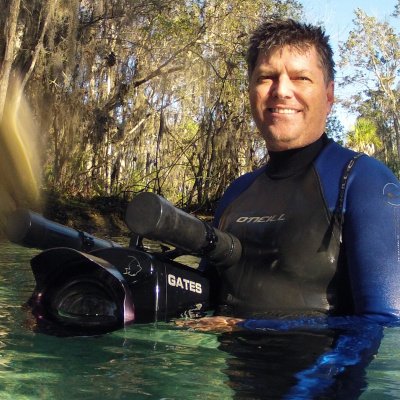 Naturalist and Emmy award winning cinematographer, John Anderson began photographing ocean wildlife in his teens. Since the seventies his fascination for capturing imagery depicting creatures and events of the natural world has grown exponentially. He has spent thousands of hours, above and under the ocean, around the world shooting in multiple formats of motion picture film, video and still photographs. Four decades behind the lens has produced an extensive media library of video clips and still photographs encompassing hundreds of subjects.