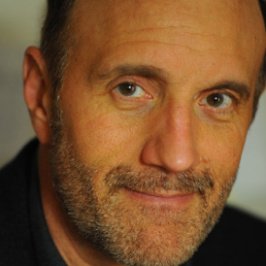 Recognized as one of the leading underwater cameraman and filmmakers in the world today, Nick's accomplishments are many. From a beginning as a cold-water diver and biology graduate student, Nick went on to apprentice for several years in Mexico with filmmaker Ramon Bravo, perfecting his craft with 16mm and 35mm formats.

Shortly after founding his own production company in 1977, Nick formed an alliance with the legendary Peter Gimble and was selected as a cameraman on the historic 1981 film expedition ANDREA DORIA: THE FINAL CHAPTER. Although the subject of shipwrecks would continue to compliment his list of credits with such films as BIKINI: FORBIDDEN PARADISE for ABC television, and the National Geographic classics: KRONAN, U-BOATS: TERROR ON OUR SHORES and CUBA'S LOST TREASURE, Nick equally pursued natural history subject matter ranging from humpback whales in Hawaii to orca whales off Norway to coral reefs in the Red Sea and the South Pacific. He has filmed one-of-a-kind footage of the Greenland shark under the ice in the Arctic and rare shark mating behavior in the Gulf of Mexico.

Nick has over 30 National Geographic doumentaries to his credit, as well as numerous other satisfied broadcast and commercial clients. Nick's outstanding camera work has garnered numerous awards, including several Emmys, Cine Golden Eagles, an Oscar, and the Earthwatch Award.