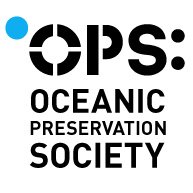 Oceanic Preservation Society (OPS) is a non-profit organization that creates film, photography, and media inspiring people to save the oceans. Founded in 2005 by renowned photographer and avid diver Louie Psihoyos, OPS is headquartered in Boulder, CO, conveniently between two oceans.
OPS's first film, The Cove, won dozens of awards around the world, including the Oscar® for Best Documentary in 2009, and inspired over a million people to action.
OPS's latest film, Racing Extinction, about the mass extinction of species and a team of artists and activists bringing it to the world's attention, will be released in 2015.