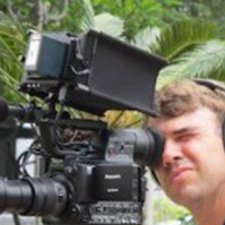 Named 'Underwater Videographer to Watch' by Equinox Underwater Housings, film maker, Pete Bucknell shoots underwater sequences for feature films, and travels extensively filming both underwater and topside. His Production Company: BCNvideo, based in Barcelona Spain,  shoots high end video for clients such as Audi, Powerbar and Discovery, and helps his clients crystalize their imaginations to capture and create masterful video.Pete is called frequently to join expeditions to document trips for promotion, and is a skilled editor with years of experience and a finely developed sense of timing gleaned from his career as a music professor. peterbucknell.com peterbucknell@mac.com