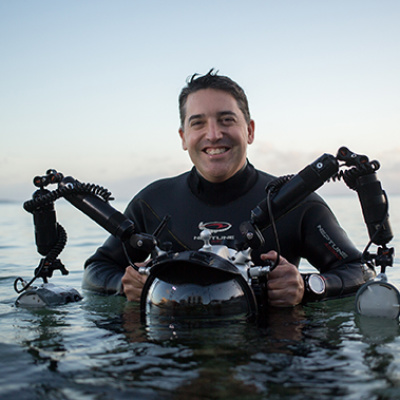 Scott Portelli is an international award winning wildlife, nature and underwater photographer & Videographer. A member of the Australian Institute of Professional Photography (AIPP), he is regarded as a leading professional in his field. Scott has spent thousands of hours in remote locations across the globe filming and photographing wildlife, the underwater environment and wild places.

An accredited licensed RPAS/UAV Pilot, Scott has worked on aerial projects for some of Australia’s most sort out tourism destinations. Working in extreme conditions, Scott’s photography and filming credits show above and below the surface.