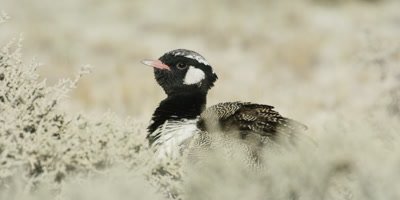 Bustards are all fairly large with the two largest species, the kori bustard (Ardeotis kori) and the great bustard (Otis tarda), being frequently cited as the world's heaviest flying birds. In both the largest species, large males exceed a weight of 20 kg (44 lb), weight around 13.5 kg (30 lb) on average and can attain a total length of 150 cm (59 in). The smallest species is the little brown bustard (Eupodotis humilis), which is around 40 cm (16 in) long and weighs around 600 g (1.3 lb) on average. In most bustards, males are substantially larger than females, often about 30% longer and sometimes more than twice the weight. They are among the most sexually dimorphic groups of birds. In only the floricans is the sexual dimorphism reverse, with the adult female being slightly larger and heavier than the male. The wings have 10 primaries and 16–24 secondary feathers. There are 18–20 feathers in the tail. The plumage is predominantly cryptic.