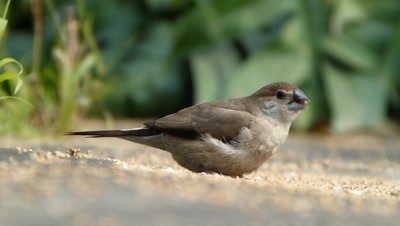 Lonchura is a genus of the estrildid finch family, and includes munias (or minias), mannikins, and silverbills. They are resident breeding birds in Africa and in South Asia from India, Bangladesh, Sri Lanka east to Indonesia, Papua New Guinea, and the Philippines. Two of the approximately thirty-seven species are also native to Australia. The name mannikin is from Middle Dutch mannekijn 'little man' (also the source of the different bird name manakin). Some of the Lonchura species were formerly placed in Spermestes. Others have been placed in a genus of their own, Euodice.