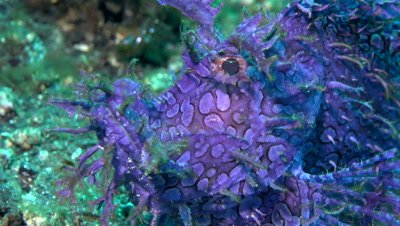 For Clam is a common name for several kinds of bivalve molluscs. The word is often applied only to those that are edible and live as infauna, spending most of their lives halfway buried in the sand of the seafloor. Clams have two shells of equal size connected by two adductor muscles and have a powerful burrowing foot. Clams in the culinary sense do not live attached to a substrate (whereas oysters and mussels do) and do not live near the bottom (whereas scallops do). In culinary usage, clams are commonly eaten marine bivalves, as in clam digging and the resulting soup, clam chowder. Many edible clams such as palourde clams are oval or triangular however, razor clams have an elongated parallel-sided shell, suggesting an old-fashioned straight razor. Some clams have life cycles of only one year, while at least one may be over 500 years old. All clams have two calcareous shells or valves joined near a hinge with a flexible ligament, and all are filter feeders.