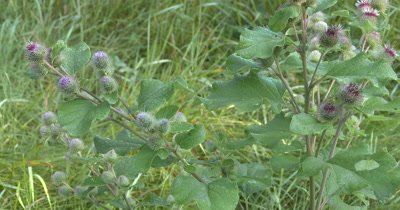 Asteraceae or Compositae (commonly referred to as the aster, daisy, composite, or sunflower family) is a very large and widespread family of flowering plants (Angiospermae). The family currently has 32,913 accepted species names, in 1,911 genera (list) and 13 subfamilies. In terms of numbers of species, the Asteraceae are rivaled only by the Orchidaceae. (Which of the two families is actually larger is unclear, owing to uncertainty about exactly how many species exist in each family.). Nearly all members bear their flowers in dense heads (capitula or pseudanthia) surrounded by involucral bracts. When viewed from a distance, each capitulum may have the appearance of being a single flower. Enlarged outer (peripheral) flowers in the capitula may resemble petals, and the involucral bracts may look like a calyx. The name Asteraceae comes from the type genus Aster, from the Ancient Greek ἀστήρ, meaning star, and refers to the star-like form of the inflorescence. Compositae is an older (but still valid) name that refers to the "composite" nature of the capitula, which consist of (few to) many individual flowers. Most members of Asteraceae are annual or perennial herbs, but a significant number are also shrubs, vines, or trees. The family has a worldwide distribution, from the polar regions to the tropics, colonizing a wide variety of habitats. It is most common in the arid and semiarid regions of subtropical and lower temperate latitudes, . The Asteraceae may represent ...