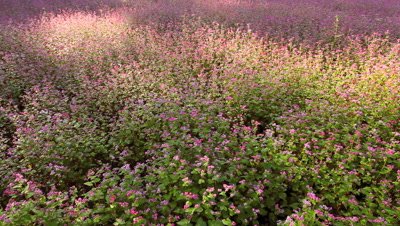 Buckwheat (Fagopyrum esculentum), or common buckwheat, is a plant cultivated for its grain-like seeds and as a cover crop. A related species, Fagopyrum tataricum, is a domesticated food plant raised in Asia. Despite the name, buckwheat is not related to wheat, as it is not a grass. Instead, buckwheat is related to sorrel, knotweed, and rhubarb. Buckwheat is referred to as a pseudocereal because its seeds' culinary use is the same as cereals', owing to their composition of complex carbohydrates. The cultivation of buckwheat grain declined sharply in the 20th century with the adoption of nitrogen fertilizer that increased the productivity of other staples. Learn more about Buckwheat