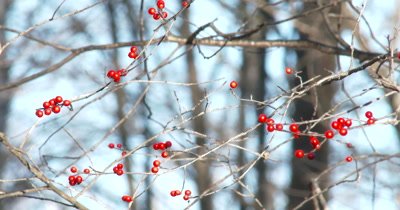 Ilex /ˈaɪlɛks/, or holly, is a genus of about 480 species of flowering plants in the family Aquifoliaceae, and the only living genus in that family. The species are evergreen or deciduous trees, shrubs, and climbers from tropics to temperate zones worldwide. The type species is Ilex aquifolium, the common European holly used in Christmas decorations and cards. Hederba, commonly called ivy (plural ivies), is a genus of 12–15 species of evergreen climbing or ground-creeping woody plants in the family Araliaceae, native to western, central and southern Europe, Macaronesia, northwestern Africa and across central-southern Asia east to Japan and Taiwan. Learn more about Holly and ivy

View All Holly and Ivy Videos