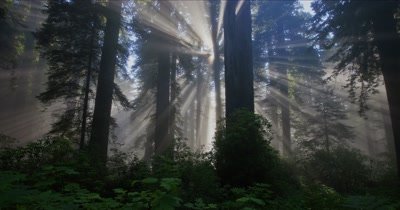 The three redwood subfamily genera are Sequoia and Sequoiadendron of California and Oregon, United States and Metasequoia in China. The redwood species contains the largest and tallest trees in the world. These trees can live for thousands of years. This is an endangered subfamily due to habitat losses from fire ecology suppression, logging, and air pollution. Other threats to its existence include: climate change, illegal marijuana cultivation, and burl poaching. Only two of the genera, Sequoia and Sequoiadendron, are known for massive trees. Trees of Metasequoia, from the single living species Metasequoia glyptostroboides, are much smaller.