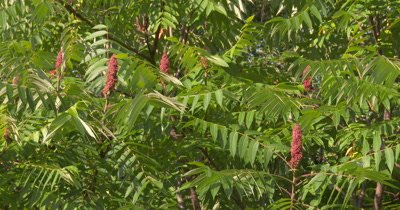 The Anacardiaceae, commonly known as the cashew family or sumac family, are a family of flowering plants, including about 83 genera with about 860 known species. Members of the Anacardiaceae bear fruits that are drupes and in some cases produce urushiol, an irritant. The Anacardiaceae include numerous genera, several of which are economically important, notably cashew (in the type genus Anacardium), mango, poison ivy, poison oak, sumac, smoke tree, marula, yellow mombin, Peruvian pepper and cuachalalate. The genus Pistacia (which includes the pistachio and mastic tree) is now included, but was previously placed in its own family, the Pistaciaceae. Learn more about Sumac