The addax mainly eats grasses and leaves of any available shrubs, leguminous herbs and bushes. These animals are well-adapted to exist in their desert habitat, as they can live without water for long periods of time. Addax form herds of five to 20 members, consisting of both males and females. They are led by the oldest female. Due to its slow movements, the antelope is an easy target for its predators: lions, humans, African wild dogs, cheetahs, and leopards. Breeding season is at its peak during winter and early spring. The natural habitat of the addax are arid regions, semideserts and sandy and stony deserts. The addax is a critically endangered species of antelope, as classified by the IUCN. Although extremely rare in its native habitat due to unregulated hunting, it is quite common in captivity. The addax was once abundant in North Africa, native to Chad, Mauritania and Niger. It is extinct in Algeria, Egypt, Libya, Sudan and Western Sahara. It has been reintroduced in Morocco and Tunisia.

Viewing 1 to 8 of 8 Addax Video Clips 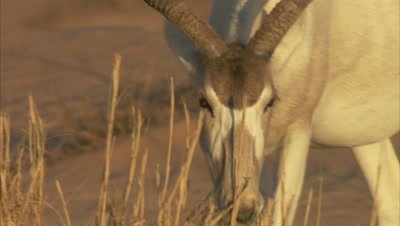 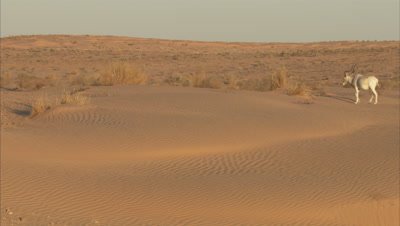 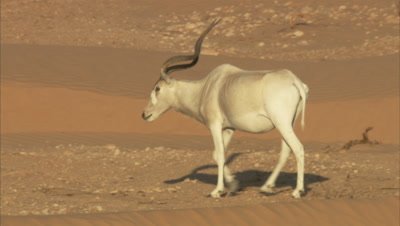 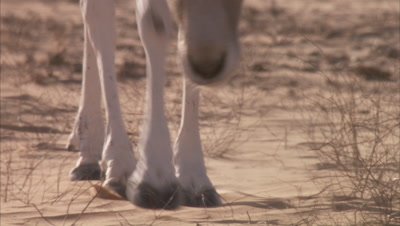 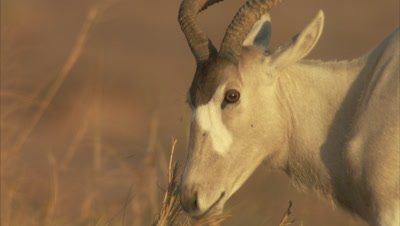 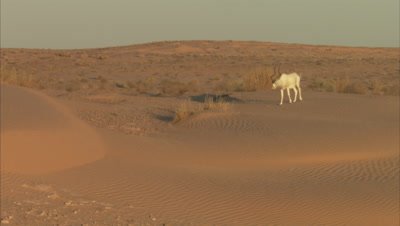