The Amazon river dolphin is the largest species of river dolphin, with adult males reaching 185 kilograms (408 lb) in weight, and 2.5 metres (8.2 ft) in length. Adults acquire a pink color, more prominent in males, giving it its nickname "pink river dolphin". Sexual dimorphism is very evident, with males measuring 16% longer and weighing 55% more than females. Like other toothed whales, they have a melon, an organ that is used for bio sonar. The dorsal fin, although short in height, is regarded as long, and the pectoral fins are also large. The fin size, unfused vertebrae, and its relative size allow for improved manoeuvrability when navigating flooded forests and capturing prey. They have one of the widest ranging diets among toothed whales, and feed on up to 53 different species of fish, such as croakers, catfish, tetras and piranhas. They also consume other animals such as river turtles and freshwater crabs. Learn more about Amazon River Dolphin 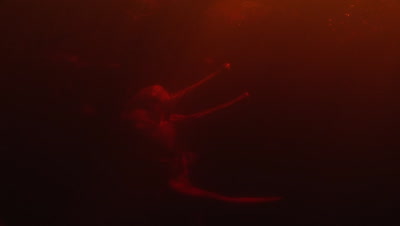 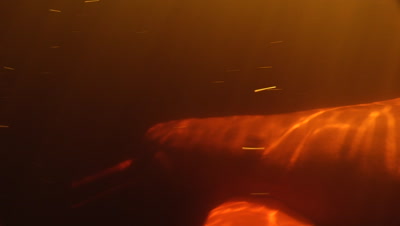 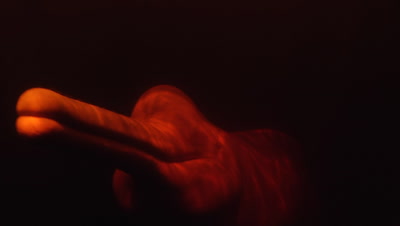 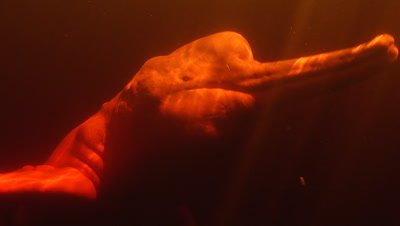 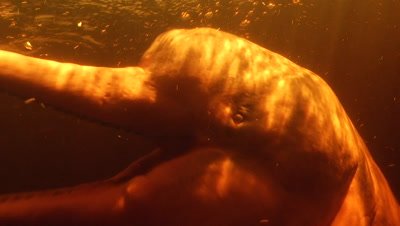 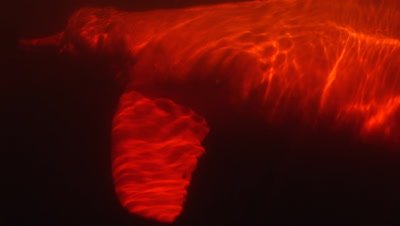 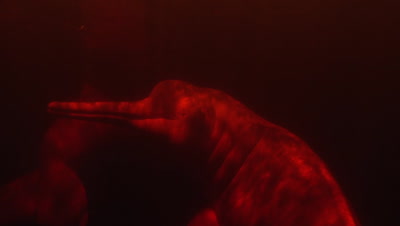 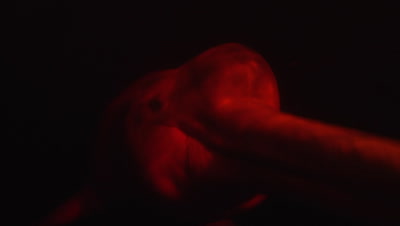 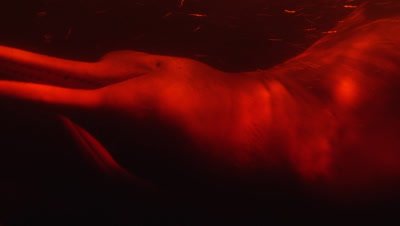 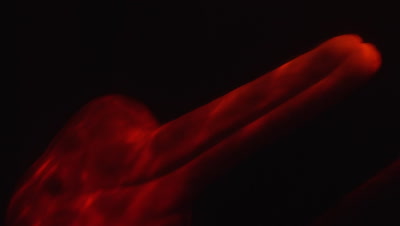