The Atlantic puffin is sturdily built with a thick-set neck and short wings and tail. It is 28 to 30 cm (11 to 12 in)in length from the tip of its stout bill to its blunt-ended tail. Its wingspan is 47 to 63 cm (19 to 25 in) and on land it stands about 20 cm (8 in) high. The male is generally slightly larger than the female, but they are coloured alike. The forehead, crown, and nape are glossy black, as are the back, wings, and tail. A broad, black collar extends around the neck and throat. On each side of the head is a large, lozenge-shaped area of very pale grey. These face patches taper to a point and nearly meet at the back of the neck. The shape of the head creates a crease extending from the eye to the hindmost point of each patch, giving the appearance of a grey streak. The eye looks almost triangular in shape because of a small, peaked area of horny blue-grey skin above it and a rectangular patch below. The irises are brown or very dark blue and each has red orbital ring. The under parts of the bird, the breast, belly and under tail coverts, are white. By the end of the breeding season, the black plumage may have lost its shine or even taken on a slightly brown tinge. The legs are short and set well back on the body, giving the bird its upright stance when on land. Both legs and large webbed feet are bright orange, contrasting with the sharp, black claws. The beak is very distinctive. From the side, the beak is broad and triangular, b...Learn more about Atlantic Puffin 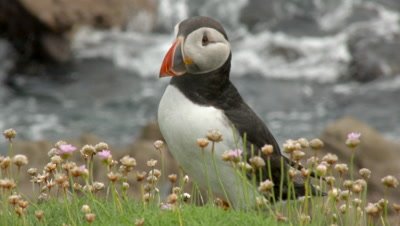 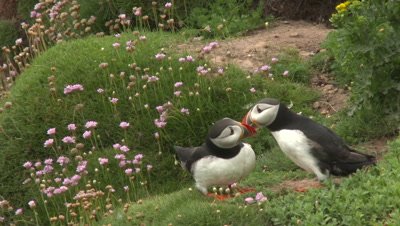 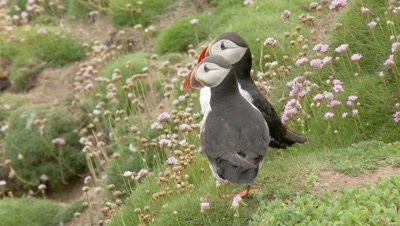 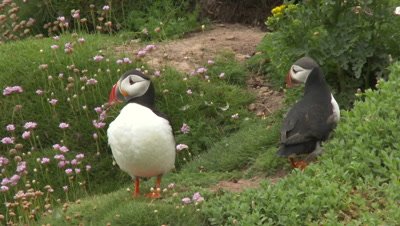 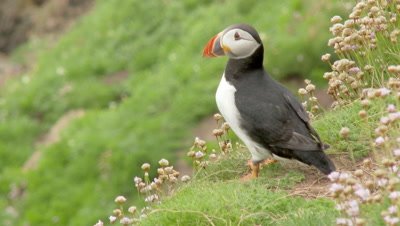 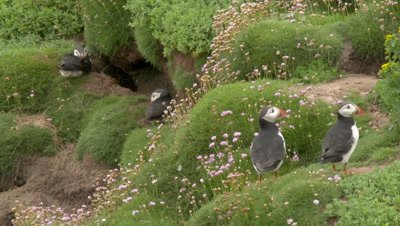 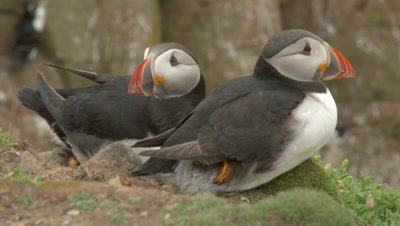 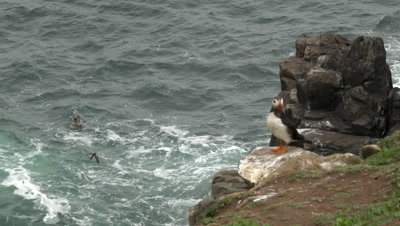 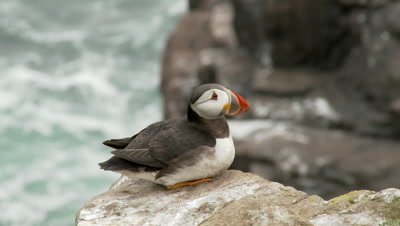 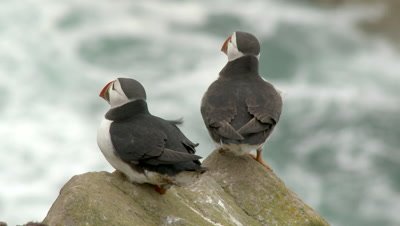 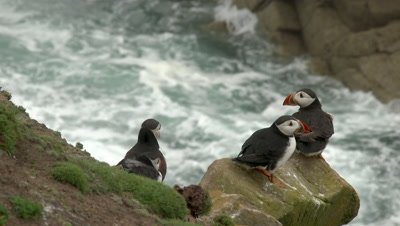 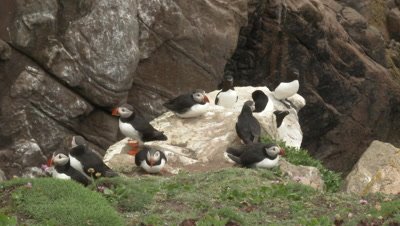 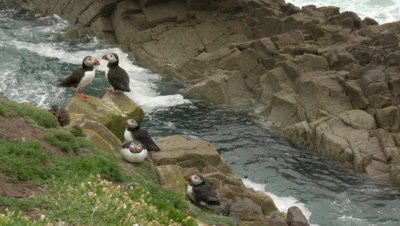 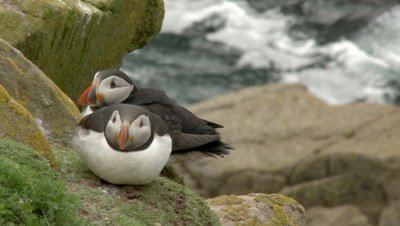