The Chilean devil ray (Mobula tarapacana), also known as the box ray, greater Guinean mobula, sicklefin devil ray or the spiny mobula, is a species of ray in the family Mobulidae. It is found worldwide in tropical, subtropical and warm temperate oceans, and mainly occurs offshore, only occasionally appearing near the coast. These fish have been discovered to feed at depths up to 1,848 metres (6,063 ft) during deep dives, and are among the deepest-diving ocean animals. There are two distinct deep dive patterns the first, which is usually only performed once every 24 hours, is diving to the maximum depth and resurfacing after 60 to 90 minutes the second, which is less frequent, is dives up to 1,000 meters for a maximum of 11 hours. The latter pattern may be associated with traveling rather than feeding. It can reach a disc width of up to 3.7 m (12 ft). Learn more about Chilean Devil Ray 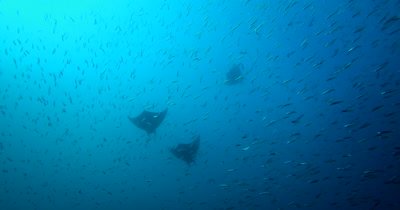 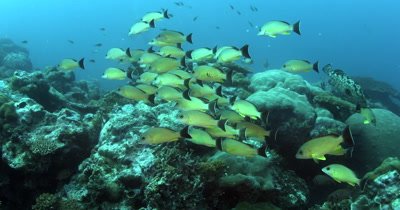 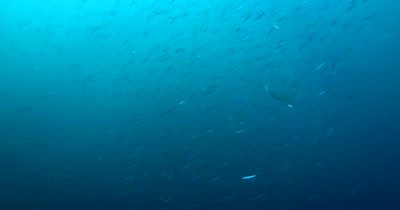 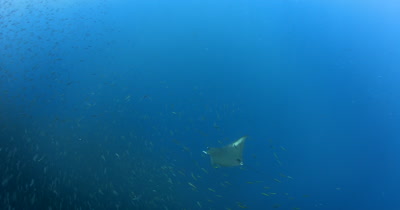 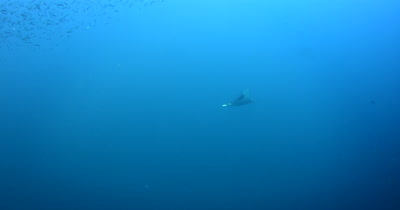 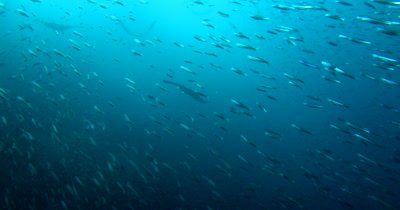