Commerson's frogfish grows up to 38 cm (15 in). Like other members of its family, it has a globular, extensible body. The soft skin is covered with small dermal spinules. Its skin is partially covered with a few small, wartlike protuberances, some variably shaped, scab-like blotches, and a few, small eye spots (ocelli) reminiscent of the holes in sponges. Its large mouth is prognathous, allowing it to consume prey as large as itself. Their coloration is extremely variable, as they tend to match their environments. Frogfish can change their coloration in a few weeks. However, the dominant coloration goes from grey to black, passing through a whole range of related hues, such as cream, pink, yellow, red, and brown, and also usually with circular eye spots or blotches that are darker than the background. Juvenile specimens can easily be confused with related Antennarius maculatus and Antennarius pictus. To distinguish these species, A. maculatus usually has red or orange margins on all fins, while A. maculatus has numerous warts on the skin, and A. pictus is covered with ocelli. A. pictus has three eye spots on its caudal fin. The first dorsal spine, the illicium, is modified for use as a fishing rod. Its extremity is endowed with a characteristic esca (lure), which resembles a small fish or shrimp with a pinkish to brownish coloration. The illicium is twice the length of the second dorsal spine and is often darkly banded. The second dorsal spine is practically st...Learn more about Commerson's Frogfish 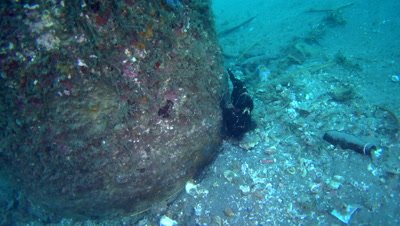 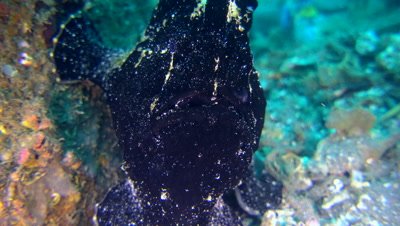 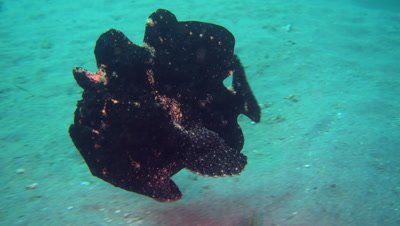 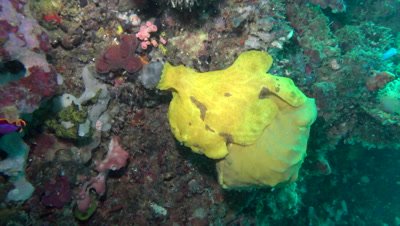 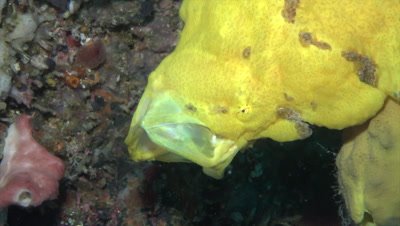 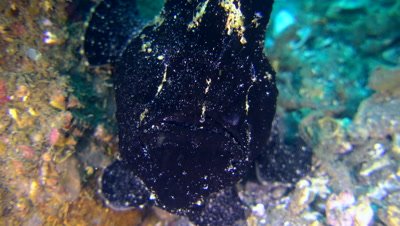