A small species, it reaches about 30 cm (12 in) in length including the tail, and a weight of 66–150 g (2.3–5.3 oz). It has reddish-brown fur on its upper body and five dark brown stripes contrasting with light brown stripes along its back, ending in a dark tail. It has lighter fur on the lower part of its body. It has a tawny stripe that runs from its whiskers to below its ears, and light stripes over its eyes. It has two fewer teeth than other chipmunks and four toes each on the front legs, but five on the hind legs. Predators of the eastern chipmunk include hawks, owls, foxes, raccoons, snakes, weasels, coyotes, bobcats, lynx, domestic dogs and domestic cats. On average, eastern chipmunks live three or more years in the wild, but in captivity they may live as long as eight years. 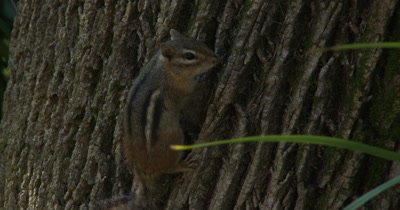 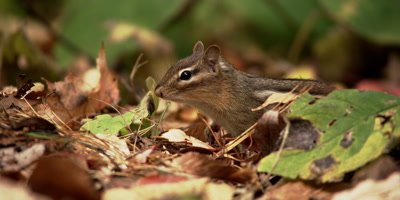 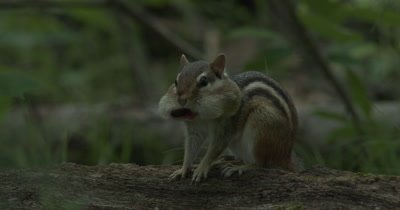 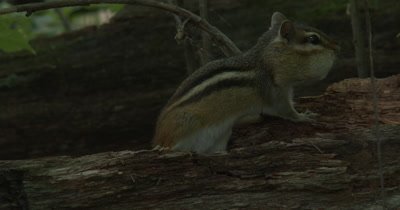 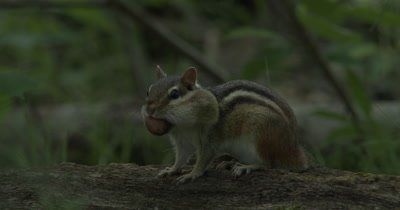 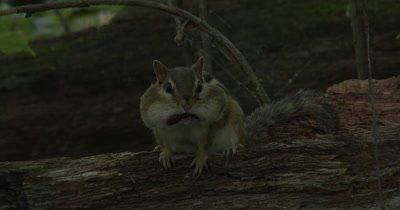 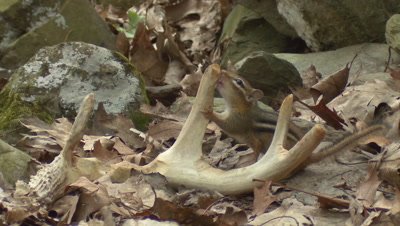 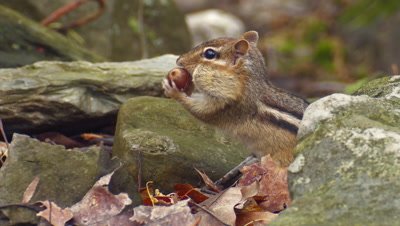 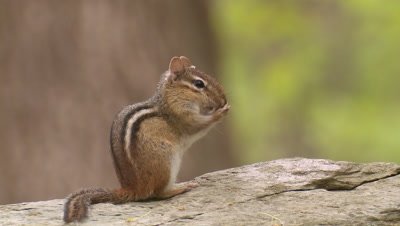 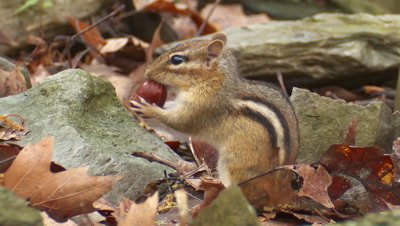