The pectoral fin disc of the Jenkins' whipray is diamond-shaped and rather thick in the center, measuring 1.1𔂿.2 times wider than long the outer corners of the disc are broadly rounded. The anterior margins of the disc are nearly straight and converge at a very obtuse angle on the snout, which has a barely protruding tip. The eyes are medium-sized and closely followed by larger spiracles. A short, broad curtain of skin with a finely fringed posterior margin is present between the long, thin nostrils. The mouth is wide and gently arched, and contains four papillae (nipple-shaped structures) on the floor, the inner pair of which is shorter than the outer. The pelvic fins are small and narrow. The cylindrical, tapering tail lacks fin folds and measures slightly longer than the disc width. One to three serrated, stinging spines are located atop the tail, approximately one-quarter of the total tail length back from the base. The upper surface of the disc has a granular texture and bears a broad central band of closely spaced, flattened heart-shaped dermal denticles, beginning between the eyes, becoming widest at the "shoulders", and extending to entirely cover the tail. One or more rows of large, spear-like thorns also run along the dorsal midline from the center of the disc to the base of the sting. Barring the possible spotted variant, this species is a uniform yellowish brown above, with the disc margin and underside white, and the tail gray past the sting. It can ...Learn more about Jenkins Whipray 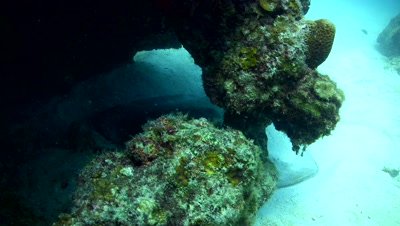 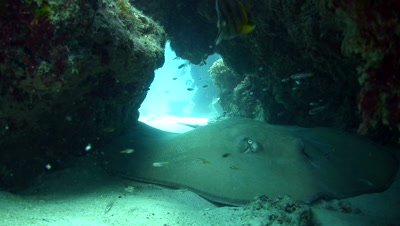 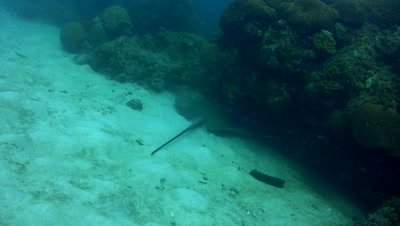 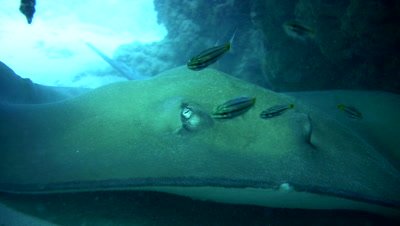 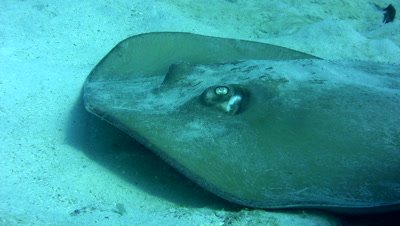 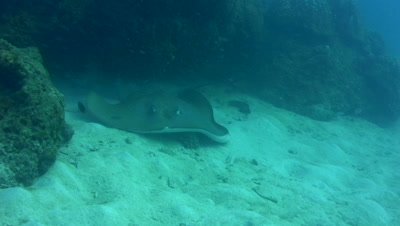 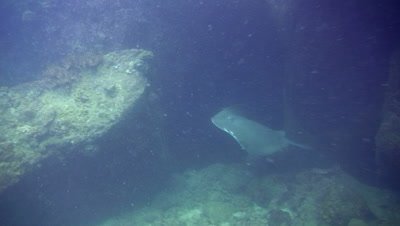 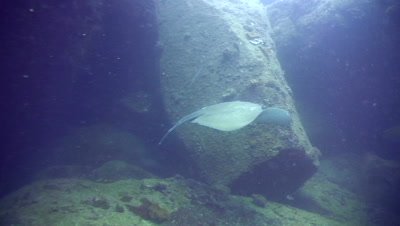 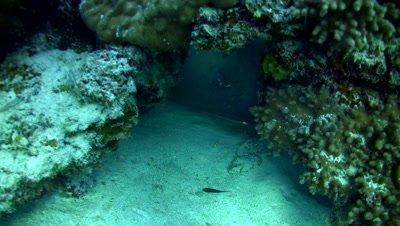 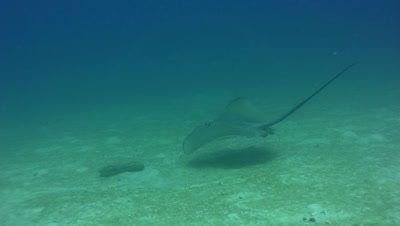 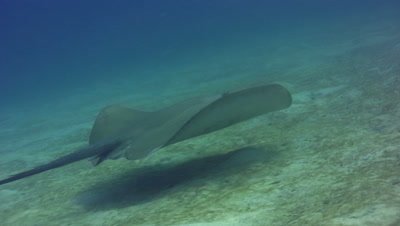 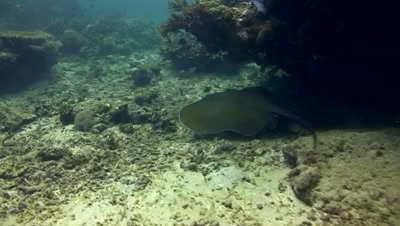