The North American river otter is a stocky animal of 5 to 14 kilograms (11 to 31 lb), with short legs, a muscular neck no smaller than the head, and an elongated body that is broadest at the hips. They have long bodies, and long whiskers that are used to detect prey in dark waters. An average adult male weighs about 11.3 kilograms (25 lb) against the female's average of 8.3 kilograms (18 lb). Its body length ranges from 66 to 107 centimetres (26 to 42 in). About one-third of the animal's total length consists of a long, tapered tail. Tail lengths range from 30 to 50 centimetres (12 to 20 in). Large male North American river otters can exceed a weight of 15 kilograms (33 lb). It differs from the European otter by its longer neck, narrower visage, the smaller space between the ears and its shorter tail. A broad muzzle is found on the North American river otter's flat head, and the ears are round and inconspicuous. The rhinarium is bare, with an obtuse, triangular projection. Eyes are small and placed anteriorly. A short, broad rostrum for exhaling and a long, broad cranium define the relatively flat skull. The North American river otter's nostrils and ears close during submersion, keeping water from entering them. Its vibrissae (whiskers) are long and thick, enhancing sensory perception underwater and on land. The fur of the species is short (guard hairs average 23.8 mm (0.94 in)), with a density of about 57,800 hairs/c...Learn more about North American River Otter 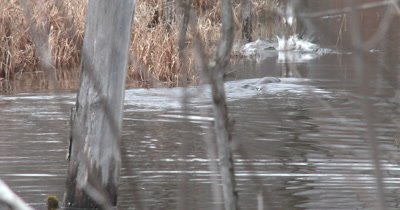 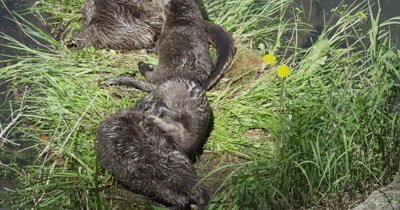 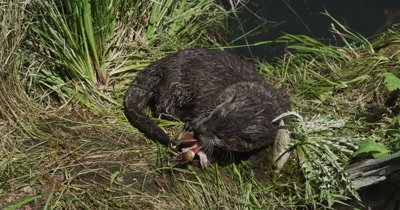 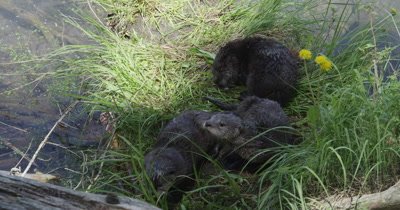 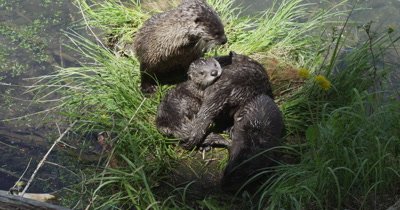 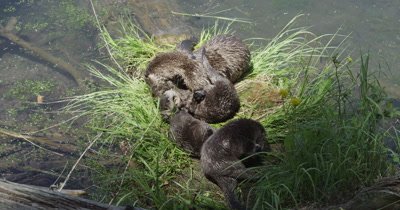 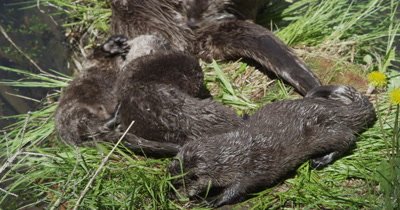 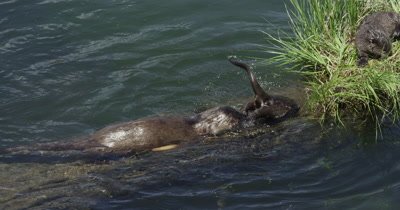 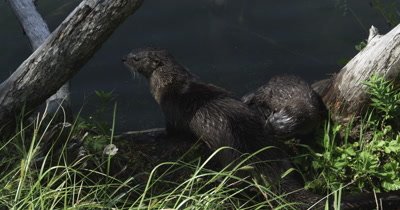 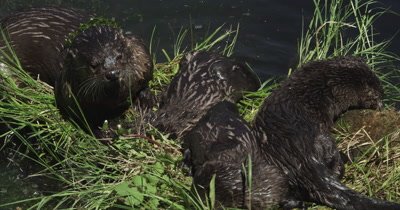 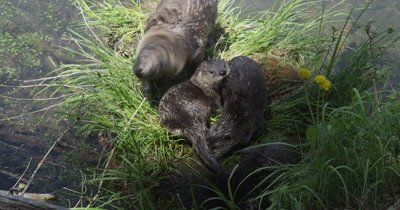 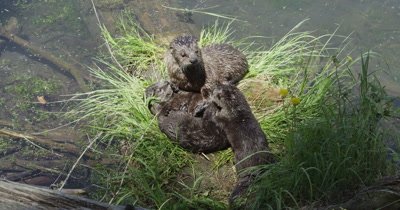 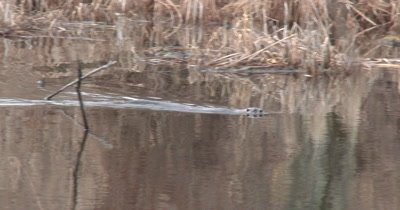 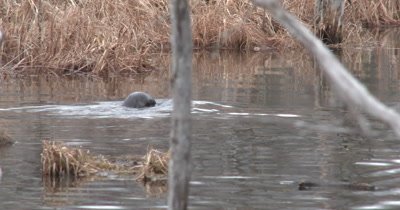 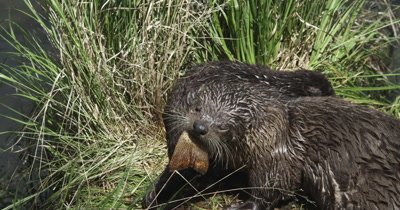