The caudal fin of the ocean sunfish is replaced by a rounded clavus, creating the body's distinct truncated shape. The body is flattened laterally, giving it a long oval shape when seen head-on. The pectoral fins are small and fan-shaped, while the dorsal fin and the anal fin are lengthened, often making the fish as tall as it is long. Specimens up to 3.2 m (10.5 ft) in height have been recorded. The mature ocean sunfish has an average length of 1.8 m (5.9 ft) and a fin-to-fin length of 2.5 m (8.2 ft). The weight of mature specimens can range from 247 to 1,000 kg (545 to 2,205 lb), but even larger individuals are not unheard of. The maximum size is up to 3.3 m (10.8 ft) in length, 4.2 m (14 ft) across the fins, and up to 2,300 kg (5,100 lb) in mass. The spinal column of M. mola contains fewer vertebrae and is shorter in relation to the body than that of any other fish. Although the sunfish descended from bony ancestors, its skeleton contains largely cartilaginous tissues, which are lighter than bone, allowing it to grow to sizes impractical for other bony fishes. Its teeth are fused into a beak-like structure, and it has pharyngeal teeth located in the throat. 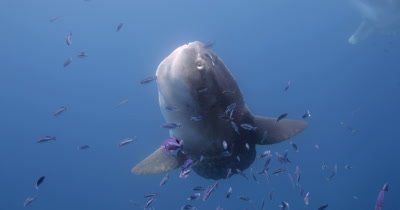 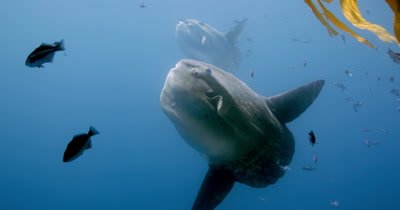 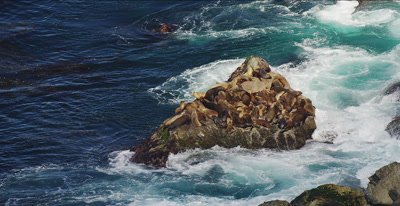 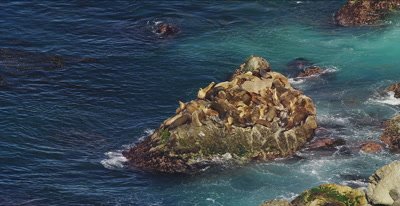 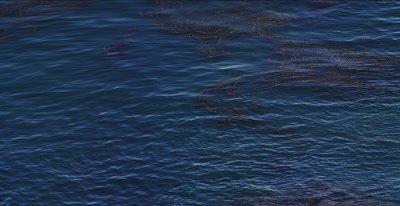 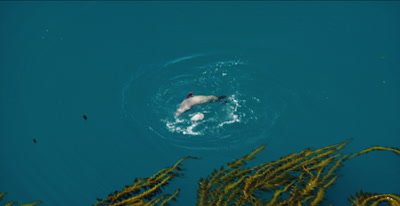 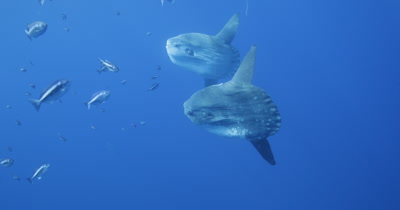 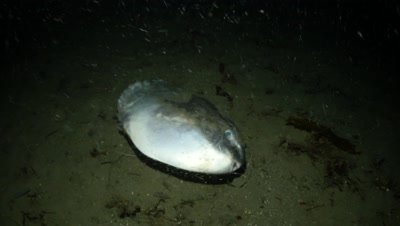