This small fish grows up to 22 cm (8.7 in) long. Like other members of its family, it has a rounded, extensible body, and its soft skin is covered with irregularly-arranged dermal spinules resembling hairs. Its large mouth is forwardly extensible, allowing it to swallow prey as large as itself. The coloring of its body is extremely variable because individual fish tend to match their living environments. Frogfishes have the capacity to change coloration and pigment pattern, taking only a few weeks to adapt. The dominant coloration varies from yellow to brownish-orange, passing through a range of shades, but it can also be green, gray, brown, almost white, or even completely black without any pattern. Body and fins can be marked with roughly parallel dark stripes or elongated blotches, some with rays radiating outward from the eye. The first dorsal spine, the illicium, tips forward, and is modified for use like a fishing rod. Its tip has a characteristic worm-like esca (lure) which, when waved, attracts unsuspecting prey. The dorsal spine is composed of two to seven elongated appendages. The lure is a way to easily distinguish A. striatus from Antennarius hispidus, which otherwise has similar physical characteristics (stripes, coloration, cutaneous appendages) and with which it is often confused. The illicium has the same length as the second dorsal spine and it is often darkly banded. The second dorsal spine is practically vertical and is movable, while the thi...Learn more about Striated Frogfish 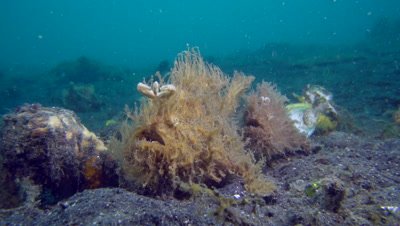 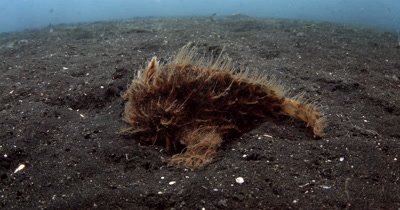 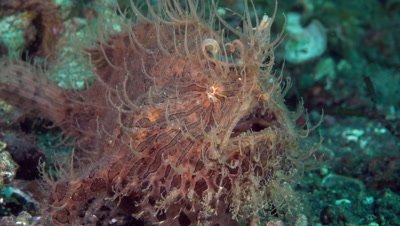 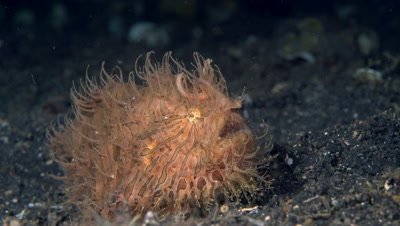 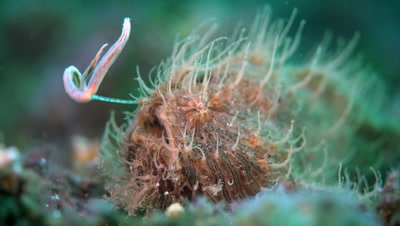 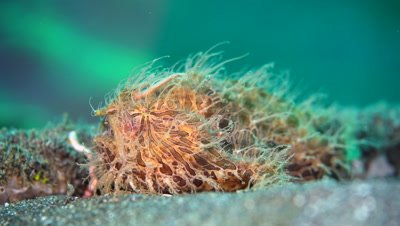 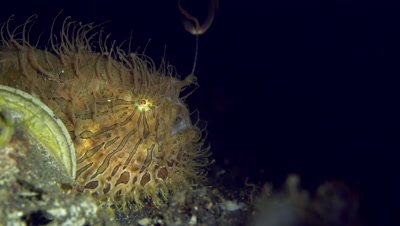 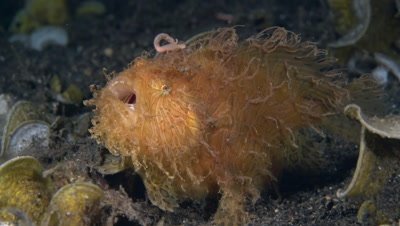 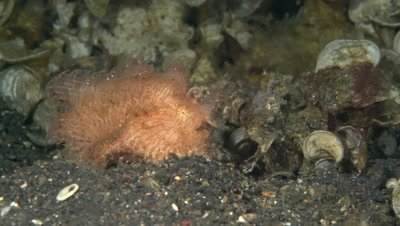 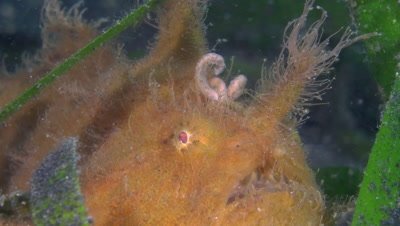