Triggerfish have an oval-shaped, highly compressed body. The head is large, terminating in a small but strong- jawed mouth with teeth adapted for crushing shells. The eyes are small, set far back from the mouth, at the top of the head. The anterior dorsal fin is reduced to a set of three spines. The first spine is stout and by far the longest. All three are normally retracted into a groove. The anal and posterior dorsal fins are capable of undulating from side to side to provide slow movement. The sickle-shaped caudal fin is used only to escape predators. The two pelvic fins are overlaid by skin for most of their length and fused to form a single spine, terminated by very short rays, their only external evidence. Gill plates opercula, although present, are also not visible, overlaid by the tough skin, covered with rough, rhomboid scales that form a stout armor on their bodies. The only gill opening is a vertical slit, directly above the pectoral fins. This peculiar covering of the gill plates is shared with other members of the Tetradontae. Each jaw contains a row of four teeth on either side, while the upper jaw contains an additional set of six plate-like pharingeal teeth. Learn more about Triggerfish 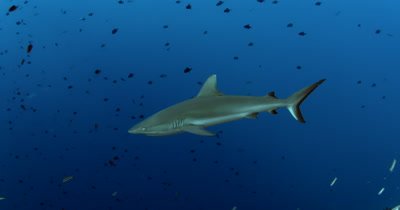 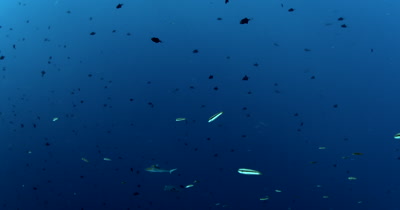 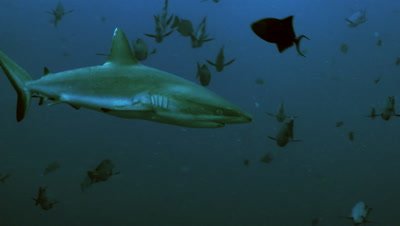 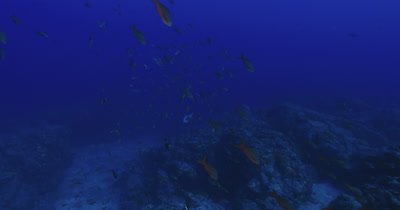 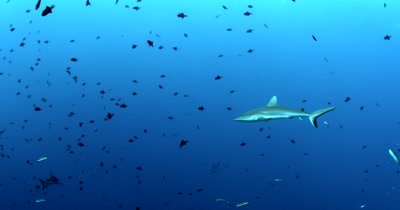 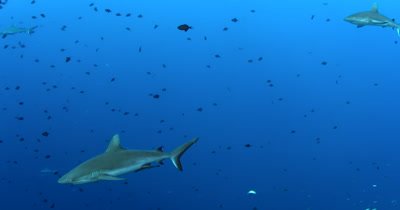 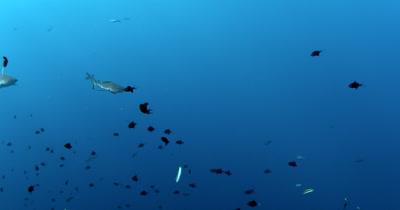 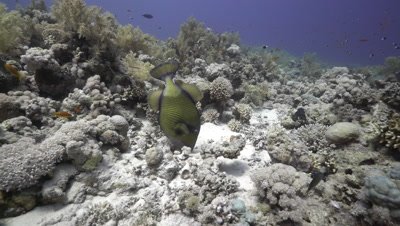 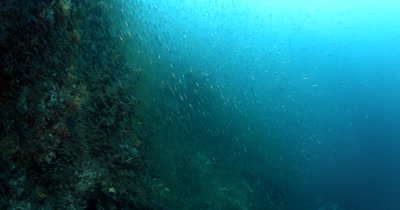 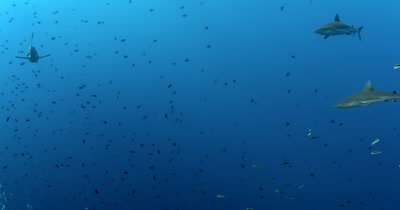 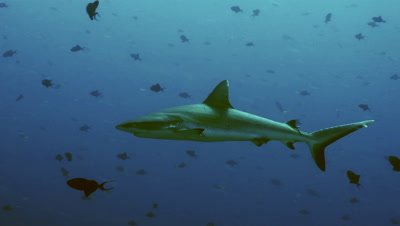 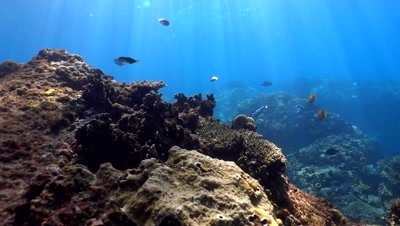