The 9- to 10.5-cm-long and 6-10 g wren is rufous brown above, greyer beneath, barred with darker brown and grey, even on wings and tail. The bill is dark brown, the legs pale brown. Young birds are less distinctly barred. The plumage is subject to considerable variation, and where populations have been isolated, the variation has become fixed in one minor form or another. There are around 27 subspecies of this taxonomically complex bird. The disputed subspecies orii, the Daito winter wren, became extinct around 1940 – if it is indeed a valid taxon and not merely based on an anomaly. Thus in Scotland, in addition to the typical bird T. t. indigenus, there are three distinct insular subspecies: one, T. t. hirtensis, is confined to the island of St Kilda another, T. t. zetlandicus, to Shetland and the third, T. t. fridariensis, to Fair Isle. The St Kilda wren is greyer above, whiter beneath, with more abundant bars on the back the Shetland wren and Fair Isle wren are darker. 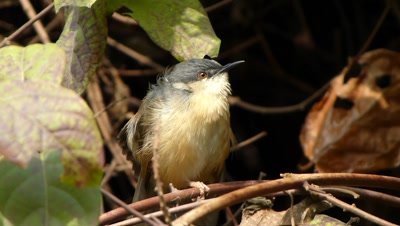 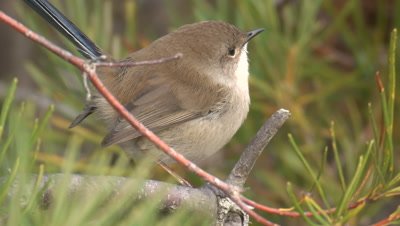