The 100 Year Anniversary Of The Titanic: Stock Video Footage Of The Shipwreck and Artifacts 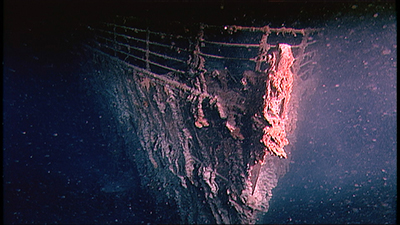 This striking stock footage collection of the Titanic shipwreck is the original footage as captured by the legendary Al Giddings. Faced with the challenge of capturing images 12,460 feet below the surface of the North Atlantic, Al Giddings and his team were the first to successfully capture these haunting images of the undisturbed titanic shipwreck and titanic artifacts. This April 2012 the world will honor the 100 Year Anniversary of the Titanic voyage.